Yusuf Hawkins Murder: How Did He Die? Who Killed Him? 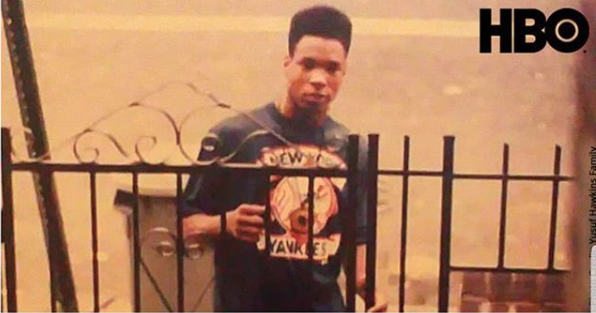 Director Muta’Ali Muhammad’s new documentary on HBO, ‘Yusuf Hawkins: Storm Over Brooklyn,’ is a tell-all piece that explores a horrific crime that occurred in New York in 1989. More than 30 years after the incident, he aims to explore how it has impacted not only the family members of the deceased but also his community. He said, “This film ties together the past and the present showing how racism can rear its head anywhere, even in a liberal city.”

How Did Yusuf Hawkins Die?

Yusuf Hawkins was born on March 19, 1973, and lived in East New York, Brooklyn, with his parents, Moses J. Stewart and Diana Hawkins. He had been described as an individual with great potential and intellect. At that time, he had even been accepted into a technical high school.

PS 165 Ida R. Posner School in the Brownsville section of Brooklyn, New York. You'll notice Yusuf on the left. As innocent as he was on #august23 #1989 . One thing about this iconic case was always that Yusuf was universally known as a good kid – even behind closed doors. Even after intense investigations by the police and the media. They couldn't find any dirt on him. Because he didnt have any. So the dirt became…"Well what was he doing in #Bensonhurst at that time". This film will answer that question and others. #NeverForgetYusufHawkins #innocentyouth #thetortureofmothers #YusufHawkins #yusefhawkins #ps165 #blacklivesmatter #strangefruit #bloodontheleaves #nojusticeonstolenand

The horrific incident occurred on August 23, 1989. Yusuf, along with his friends Troy, Claude, and Luther, went to Bensonhurst to check out a 1982 Pontiac that Troy had wished to purchase. They took the N train and got off at 20th Avenue and 64th Street. They stopped at a store to buy some candy before reaching their destination. However, they were completely oblivious to what was waiting for them around the corner.

It turns out that Gina Feliciano, then 18-years old, had invited some Black and Hispanic friends over for her birthday celebrations. But a mob of white boys had formed outside her house. The area was predominantly inhabited by Italian Americans at that time, and they refused to let the celebrations take place.

Some accounts state that she refused to date a white man in the mob, while some others state that she had informed the assaulters that she was having these people over. Whatever the case may be, it led to the presence of many men outside her house on 20th Avenue that night. The crowd thought that Yusuf Hawkins and his friends were Gina’s guests, and they took the liberty to dole out mob justice without even verifying the facts. They were armed with baseball bats and a few even carried guns.

According to witness reports, the people in the mob spewed out racially charged slurs at the boys, including calling them the ’N-Word.’ Witnesses had even heard someone yell, “Let’s club the n*gger,” to which another person retaliated with, “No, let’s not club, let’s shoot one.” People were also heard saying “Let’s get even with Gina.”

The commotion results in audible gunshots that landed in Yusuf’s chest. After hearing these gunshots, one resident, Elizabeth Galarza, came out to see him clutching onto the candy bar from their previous stop. She was trained in CPR and checked his pulse. Within moments, he was unconscious. Elizabeth also said, “When his pulse stopped, he clenched tight and let go. He was so young and so frightened. I said, ‘Come on baby. You’ll be fine. Take small breaths. Just relax. God’s with you.’” The police apparently took 15 minutes to arrive at the scene of the crime. He was pronounced dead on arrival at the Maimonides Medical Center.

His death resulted in a huge wave of protests for indiscriminate behavior towards the black community, led by Reverend Al Sharpton. After all, he was the third Black person to have been killed by a mob in New York in the 80s. The first two were Willie Turks and Michael Griffith.

There were two men held responsible for this evident hate crime— Joseph Fama and Kieth Mondello.  Joseph Fama was the man who had actually fired the gun, killing Yusuf. He was convicted of second-degree murder in 1990. He was 19 at the time and received a sentence of 32 years in prison. However, he has always claimed that he did not fire the gun that night and that they imprisoned him because someone had to take the fall for what happened.

Kieth Mondello was acquitted on the murder charged but was indicted on 12 other charges including rioting, discrimination, and criminal possession of a weapon. Also 19 at the time, he received a sentence of 5.33 years to 16 years. This was further reduced to serving 4 to 12 years, and he was paroled in 1998 after serving only eight.