Where Are The Suite Life’s Zack and Cody Now? 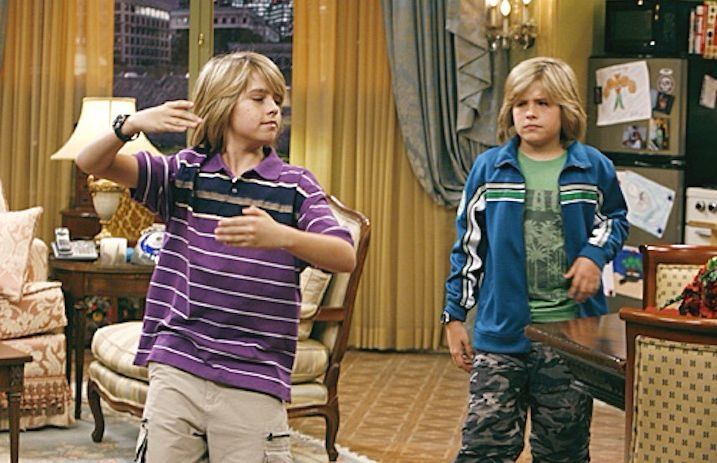 Zack and Cody or Dylan Sprouse and Cole Sprouse are American actors most known for being the stars of Disney Channel’s hit family sitcom ‘The Suite Life of Zack & Cody.’ The major success of the original series paved the way for ‘The Suite Life on Deck’ and ‘The Suite Life Movie’ and helped the brothers attain the love and affection from fans worldwide, turning them into “heartthrobs.”

The Sprouse Brothers or Sprouse Bros. have made a name for themselves by being active in the entertainment industry ever since they were children. Not only did they help people laugh on Disney, but they have been a massive part of growing up for most young adults right now, so its only natural for us to wonder what they’re up to now.

Who Are Dylan and Cole Sprouse?

Although born in Italy on August 4, 1992, Dylan Thomas Sprouse and Cole Mitchell Sprouse grew up in California. With Dylan being the elder one, the twin brothers are only 15 minutes apart. While Dylan was named after the renowned Welsh poet Dylan Thomas, Cole is named after the famous jazz singer and pianist Nat King Cole.

Following a suggestion from their grandmother, the twins began acting when they were just eight months old, featuring in commercials and having small roles in TV shows. The Sprouse Brothers’ first big break, though, was in 1999 when the starred opposite Adam Sandler in the hit feature film ‘Big Daddy.’ After this, in the early 2000s, they appeared on shows like ‘The Nightmare Room,’ ‘That ’70s Show,’ and ‘Mad TV’ making them familiar faces in the industry. Cole even got the opportunity to play Ben (Ross Geller’s son) on the insanely hit show ‘Friends.’

In 2005, Dylan and Cole were cast as Zack and Cody respectively for the Disney Channel original series ‘The Suite Life of Zack & Cody,’ and their career took off. Being a part of this series gave them the exposure they needed to expand their horizons and even helped them launch the Sprouse Bros brand, which included a clothing line, magazines as well as a book series.

Following their success in Disney, the brothers decided to take a break from acting to pursue academics. In 2010, they were both accepted to New York University, but they deferred for one year, starting their college education in 2011. They enrolled in the Gallatin School of Individualized Study, which helped them design their own curriculum. Dylan focused more on art and designing video games, and Cole focused on humanities and archaeology.

Where Are Dylan And Cole Sprouse Now?

After graduating from college, Dylan became the co-founder of a New York meadery called All-Wise Meadery and began acting again. He was the lead in the 2017 thriller ‘Dismissed,’ a cast member of the comedy film ‘Banana Split’ and also played a role in the Chinese movie ‘Turandot.’ He will even make an appearance as Trevor in the romantic drama movie ‘After We Collided,’ which is the sequel to ‘After.’

Hey all! We’ve heard your requests and we at All-Wise Meadery now have enough product to distribute past NY, worldwide! If you are or know a wine distribution company interested in working with us, please contact us at any of our social media accounts. @allwisemeadery #mead pic.twitter.com/RHWb0hskPN

Cole, on the other hand, is a photographer as well as an actor. In 2011, he started taking photography classes at NYU and launched a personal website to showcase his work. He has done shoots for some major fashion publications, including Teen Vogue, L’Uomo Vogue, and W Magazine, amongst many others. Cole’s Instagram account is also where he shows off his skills with the camera, so make sure that you check it out.

A place off grid, growing all my hairs like the cattle

When it comes to his recent acting career, you can find Cole playing the lead in the 2019 romantic drama ‘Five Feet Apart’ as Will Newman, a cystic fibrosis patient, and in the hit teen drama series ‘Riverdale’ as Jughead Jones.

@haleyluhoo and I take requests, but I swear if you say something cliche like wonderwall then don’t even bother coming to @fivefeetapartfilm this month because I’ll be there to personally kick you out. Here are some images of us for @wonderland that I think you’ll enjoy, one of which is a very close image of our faces for your binders or something. Can’t wait for you guys to see the film 💅🏻

The Sprouse brothers are having the time of their lives. Although they haven’t worked together since playing Zack and Cody, they are both very content with their relationship with each other and their respective careers. Dylan and Cole Sprouse have even found love with model Barbara Palvin and ‘Riverdale’ co-star Lili Reinhart respectively. Therefore, everything seems to be going their way, and honestly, we couldn’t be happier for them.