‘ZeroZeroZero’ is Based on a Compelling Investigation of the Cocaine Trade

Amazon’s ‘ZeroZeroZero‘ is undoubtedly the most ambitious entry in the drug-crime drama genre from the past years. Not only does the show give Netflix’s critically acclaimed ‘Narcos‘ a tough-competition, it also exceeds it, and probably any other series before it, with its broad scope.

The eight-part series offers an exhaustive exploration of the gritty, dark world of international cocaine trade. It looks at every possible aspect of drug-trafficking, from sellers to brokers, to cartels to buyers, revealing what really goes “under”  in the underworld. ‘ZeroZeroZero’ achieves this through its multiple narratives, tracing lines of cocaine and borders, to piece together the highly dangerous global drug market.

The American Lynwood family acts as a cocaine broker for Mexican and Italian Mafia through its international shipping company. The family, thus, serves as the spine of the story, connecting its different narratives as millionaire middlemen. The series also explores the role of Mexican cartels in the cocaine trade, along with the involvement of Italian mafia, particularly, ‘Ndrangheta.

What makes ‘ZeroZeroZero’ a compelling watch is the way it approaches cocaine as capitalism, exploring the want for pure pow(d)er. Interestingly, the series gets its title from a nickname for pure cocaine. It is also truly addictive with its fast-paced, riveting portrayal of the cocaine economy. Give the premise of the series, and the intricacies it explores, it is hard not to wonder if the series is based on real events and people. In case you’re wondering the same, we’re here to help. Here’s everything you need to know.

Is ‘ZeroZeroZero’ Based on a True Story? 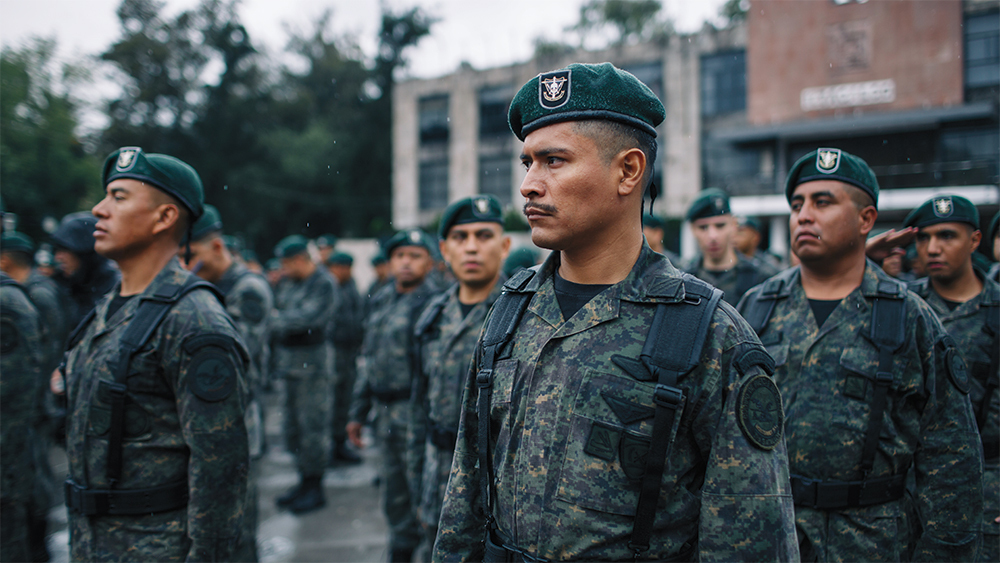 There is no simple answer to this, as the answer is both yes and no. ‘ZeroZeroZero’ is based on the novel of the same name by acclaimed writer, Roberto Saviano. If the name sounds familiar it is because Saviano is the man behind the groundbreaking bestseller, Gomorrah, a modern-day investigative marvel that explores the Neapolitan crime family. Saviano risked his life with his research, and eventually the book, and till date lives in police protection.

With ZeroZeroZero, Saviano, blends fiction with years of research and investigative reporting, revealing the hard-hitting realities of the cocaine trade, that engulfs our world without our knowledge. For the book, Saviano made use of transcripts and second-hand stories, potentially collected from members of Italian law-enforcement that he is usually surrounded by.

The Amazon, series, however, takes a more detached approach, and fictionalizes people and events from the book in an attempt to make it more coherent. But to also possibly escape controversies as Saviano’s book names some big names in the business. So, in Saviano’s novel, the Lynwood family does not exist. Another key difference between the series and the novel is the aspect of the time. Saviano’s ZeroZeroZero takes dizzying leaps across decades and continents. And while the Amazon show shares its globetrotting ambitions, it sticks to a single timeline.

Amongst the stories and names Saviano talks about in his book, Roberto Pannunzi’s name is undoubtedly the biggest. Pannunzi was once Europe’s most wanted drug lord, and has been labelled world’s biggest cocaine trafficker, the equivalent of Pablo Escobar. He is an Italian criminal known for his links to  ‘Ndrangheta, a mafia from Calabria. Interestingly, Amazon’s ‘ZeroZeroZero’ does explore ‘Ndrangheta, but through fictional characters, particularly the La Piana family. In the series, Don Damiano La Piana is the boss of the mafia.

Apart from ‘Ndrangheta, Saviano’s book also looks at several other compelling stories. These include Bruno Fuduli’s tale, the Knights Templar Cartel, and the Kaibiles (a special operations wings of Guatemala’s army), among several others.

Both the book and the series expose the truth of the global drug trade that we’re made blind too. According to Saviano, cocaine is like any other economic potent product like oil or gold. Due this, it plays a crucial role in capitalism, and thus, our lives. And as cartels launder billions of dollars through banks, even some of the biggest of American and European banks become involved. In an interview with The Guardian, Saviano revealed:

“Capitalism needs the criminal syndicates and criminal markets… People…tend to overlook this, insisting upon a separation between the black market and the legal market. It’s the mentality that leads people in Europe and the USA to think of a mafioso who goes to jail as a mobster, a gangster. But he’s not, he’s a businessman, and his business, the black market, has become the biggest market in the world”

In a similar fashion, during an interview with Reuters, director and series co-creator, Stefano Sollima spoke about how the drug impacts all our lives in one way or another. In the interview, she stated:

“We tell the story of something that I saw and experienced myself making the series…which is that all of us, even if you, personally, don’t use it…you’re not involved in any illegal activity that comes with cocaine, your life is still affected by it.”