Will There be a Zoey’s Extraordinary Playlist Season 2? 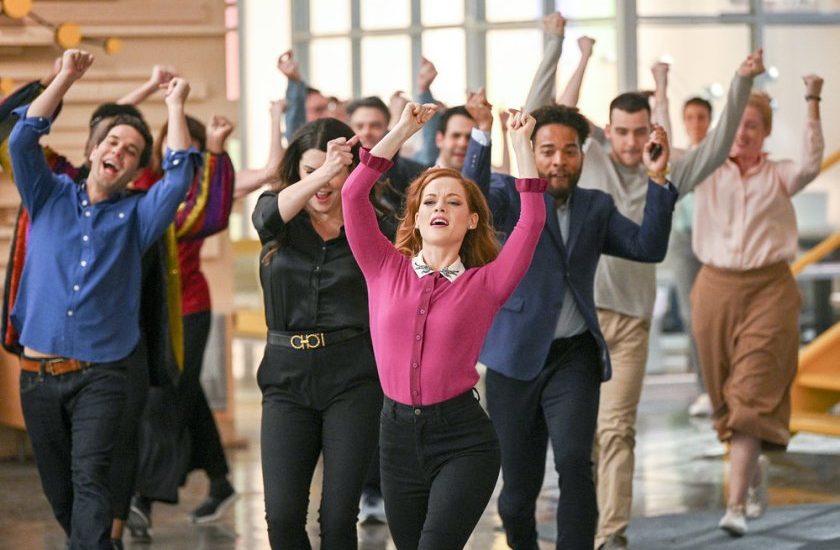 ‘Zoey’s Extraordinary Playlist’ is a musical comedy-drama, created by Austin Winsberg. It is about a girl named Zoey, who develops a unique ability after a freak incident. She can comprehend people’s emotions through the medium of musical numbers and as a result, she finds herself as an unwilling listener to their deepest thoughts.

NBC had branded the show as a ‘high-concept drama’ and noting its rare premise, we were a bit skeptical of how the first season would resonate with viewers. But luckily, the inaugural outing managed to be a thoroughly enjoyable watch — which brings us to the question: will there be a ‘Zoey’s Extraordinary Playlist’ season 2? Read on to know!

‘Zoey’s Extraordinary Playlist’ season 1 premiered on January 7, 2020, on NBC. After spanning 12 episodes, it ended on May 3, 2020. As far as its next season goes, showrunner Austin Winsberg has already expressed that he is ‘cautiously optimistic’ about a renewal. During an interview, he stated that he has already pitched a potential second installment to NBC. He also added that he has the plot of the upcoming outing already planned out and the network is quite satisfied with the story’s creative direction.

Winsberg, however, is a bit doubtful of the series’ future due to the ongoing COVID-19 pandemic. With everything coming to a standstill, NBC needs to figure out how to go ahead with its scripted slate. Our best guess is that if things get sorted out in the next few months, we can expect ‘Zoey’s Extraordinary Playlist’ season 2 to release sometime in 2021.

Zoey’s Extraordinary Playlist Season 2 Cast: Who Can be in it?

The series stars Jane Levy as the titular character Zoey Clarke, an engineering manager at a tech firm called SPRQ Point in San Fransisco. Skylar Astin plays Max (Zoey’s colleague who harbors a romantic interest in her) and Alex Newell portrays Mo (Zoey’s neighbor and a DJ). We also have John Clarence Stewart as Simon, Peter Gallagher as Mitch Clarke (Zoey’s father), Mary Steenburgen as Maggie Clarke (Zoey’s mother), and Lauren Graham as Joan (Zoey’s boss). We expect all of the lead cast to return for season 2.

Zoey’s Extraordinary Playlist Season 2 Plot: What Can it be About?

The story follows Zoey, a genius programmer, who suddenly develops a unique ability while undergoing an MRI when an earthquake hits the city. She can now comprehend people’s thoughts via songs, about which she has limited knowledge. Hence, she seeks the help of Mo to understand the meaning of the musical numbers and slowly, begins to embrace her newfound power.

Season 1 ends on an extremely emotional note — which is a combination of sadness and hope. We also get a resolution to the love triangle between Zoey, Max, and Simon. There is additionally a major shift in the workplace dynamics among the lead characters — that will set the storyline for the next season, as confirmed by the creators.